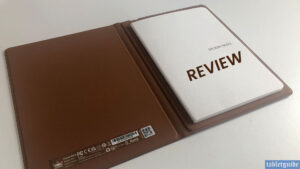 Something a bit different review-wise this time… it’s the new HUION Note X10 that we take a look at today! Although it is in a sense/can be used as a ‘graphics tablet’, its actually more than that – lets dive in… The HUION Note X10 is actually an A5 ‘digital/smart notebook’ which can be used … Read more 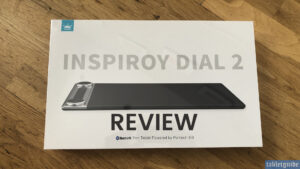 Huion has just released a brand new, updated version of their popular Inspiroy Dial pen tablet called…yep, you’ve guessed it – the Huion Inspiroy Dial 2! What sets this apart from the original device I hear you say? Well, it has two – count ‘em – two dials, as opposed to the one on the … Read more 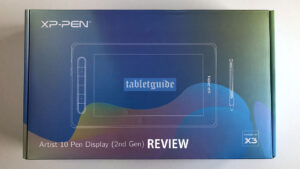 Just when you thought it’s so hard to decide what graphics pen tablet/display to get in an already crowded market, XP-PEN have decided to make the choice even harder, with yet another new device in their second generation ‘Artist’ range – the Artist 10 (2nd Gen) Pen Display!  To help you with your choice, it’s … Read more 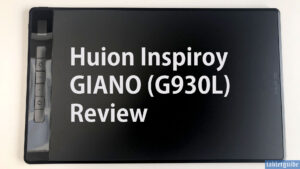 Huion have just released their largest Bluetooth pen tablet to date, the 13.6” X 8.5” (Drawing Area!) Inspiroy Giano G930L and we’ve got our artistic hands on one to have a test and a play with…! 😊 Housed in a cool and sexy matte black box, with its glossy ‘Inspiroy Giano’ brand lettering and neon-like … Read more 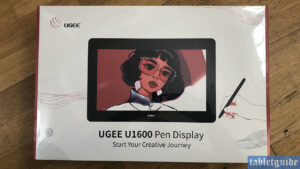 The UGEE U1600 Pen Display is the device we are taking a look at today. Recently released alongside its smaller sibling, the U1200, according to their website, both devices are ‘entry level drawing tablets with screen with a wide gamut’. This will be the first time I’ve used and/or tested a product from this company … Read more 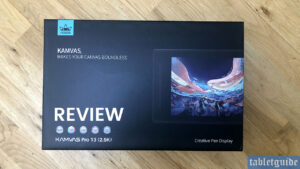 To satisfy the demands of designers and illustrators everywhere who have been calling for them, HUION have recently released two new QHD (2.5K) resolution pen displays, the Kamvas Pro 13 (2.5K) and the Kamvas Pro 16 (2.5K). These sit in the ‘middle’ of 1080p and 4K resolution devices and in theory should work really well … Read more 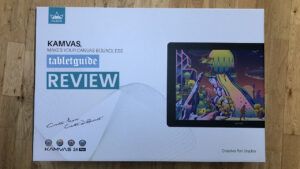 One of the leading manufacturers of graphics tablets, HUION, recently launched not one, but three new 24” pen displays; the Kamvas 24, Kamvas 24 Plus and the Kamvas Pro 24 (4K). It’s the Huion Kamvas 24 Plus, with its 2.5K QHD Resolution screen and PenTech 3.0 stylus technology that gets the MyTabletGuide review treatment today… … Read more 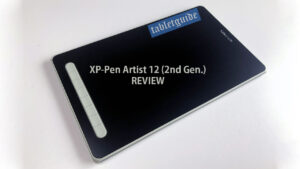 As we head towards the end of 2021 with Christmas just around the corner at the time of writing, new pen tablets and displays are getting released thick and fast by all the major (and not so major!) manufacturers, all vying to attract your hard-earned pennies, so it can be somewhat bewildering to know exactly … Read more 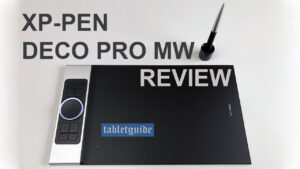 How time flies! It seems like only a year ago (Editor: it was!) that we were celebrating XP-PEN’s 15th Birthday Anniversary by reviewing a slew of specially themed/boxed graphics tablet goodies and now here we are, 12 months later, celebrating their 16th! Brings a tear to my eye… 😊 To get the party started, we’re … Read more 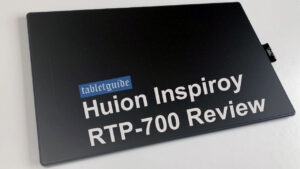 Does size matter? You’ll have to look elsewhere for the answer to that – we review graphics tablets here on this site… that being said, we are taking a look at the new HUION Inspiroy RTP-700 Creative Pen Tablet, the largest of HUION’s three newly released devices… HUION have been busy recently releasing new tablets … Read more