We use tablets for an array of things. We watch films, send emails, check out on Tinder, engage in Twitter wars, create SOP for an interview, do an entire academic dissertation, click candid photos… the possibilities are endless.

Today, tablets have almost become synonymous with laptops for their amazing features that are upgraded after every version. With the onset of detachable keyboard, the lines between laptops and tablets have started becoming blur now.

Even though that is the case, Laptops can never be beaten. You can only have a good or high-end tablet. Now what is a good tablet? 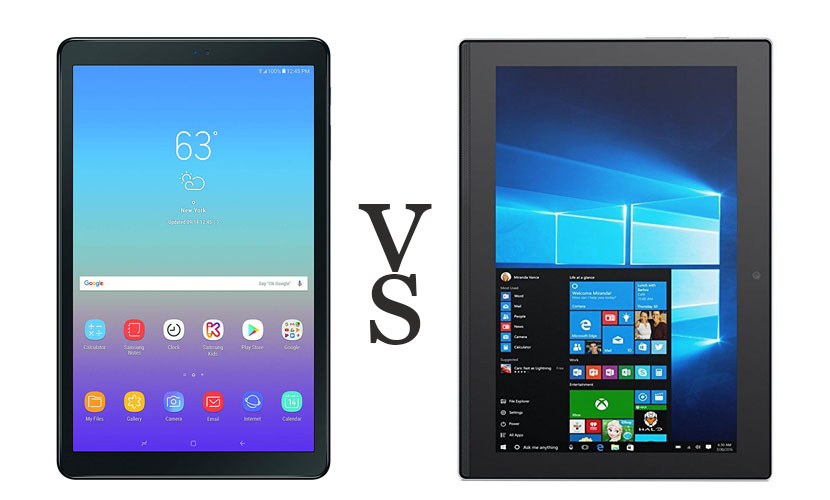 The definition of a good tablet depends upon your budget, orientation and style sense. How often do you use your tab for illustration? Were your tablets only meant for kids? A Game Aficionado. Functionality wise

There was a time when you had only two choices for a tablet. But now you have apple pads, Amazon tablets and others too. Microsoft could make up for what it lost in smartphones using amazing tablets like the Surface Pro. So did Dell, Acer and others.

Let’s delve into the origins of the history of android and windows. Both have features to outsmart each other. They’ve been waging wars against each other since their inception.

However, Microsoft started earlier as an interface manager in 1981. From Windows 1.0 to Vista to Windows 11, it has been quite a journey for Windows too. Both Android and Windows have had their respective share of struggle to metamorphose from desktops/laptops to tablets.

Let us take a look at some of the advantages and features of Android: 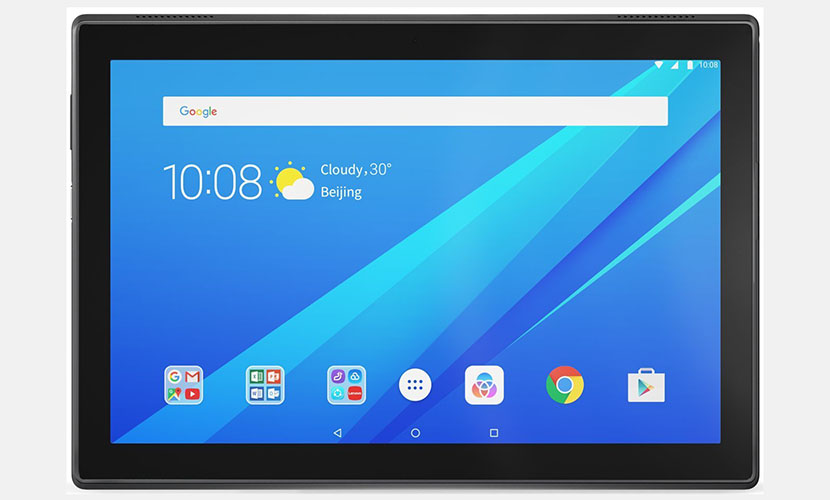 Feasibility: One of the best attractions of Android tablets has to be its low-cost, economical feature. They are affordable. Lighter on the pockets with incredible quality. Android Tablets are time-tested and durable.

Now let us take a look at some unique features of Windows:

For a very long period, Windows have been monarchs of and have ruled workplaces. There are several reasons why a Windows Tablet has a better hand than an Android Tablet. 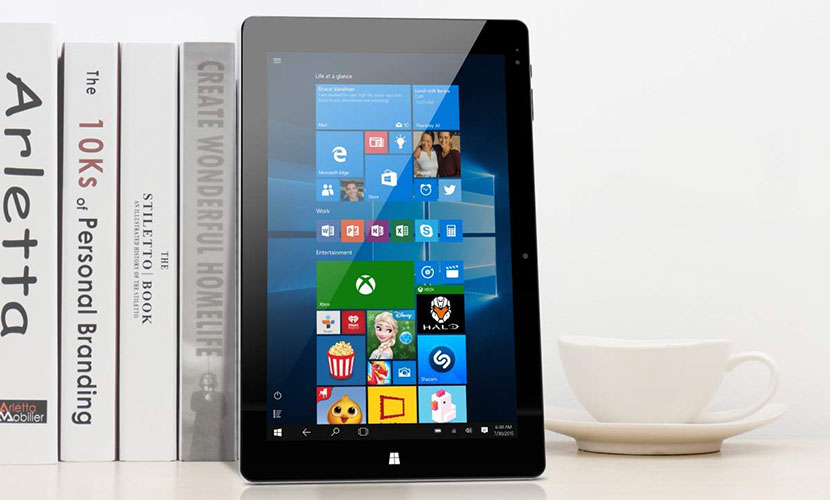 Options to choose from:

There is no dearth to sizes and shapes and types of Windows tablets as compared to android and apple tablets. Windows continue to remain the hottest devices on the planet.

Executives, IT geeks, corporate honchos continue to clank on windows. Devices range from a seven-inch screen to 15.6 inches. You rarely see android tabs crossing over the ten-inch mark.

Windows seamlessly integrate with and let plugging in of monitors, keyboards, mice, and hard drives. Windows are pretty good when it comes to docking stations. These tabs could be used as standalone computers.

Universal Hubs are available where you can plug in and morph into full desktop PC simulation. iPads have zero Docking Station facilities and can never be used as an enterprise system. Although several Android devices have USB ports and HDMI ports, they aren’t generally considered to be convenient.

Considering the fact that, for a considerable number of users, docks may be redundant and an overkill; plugging in peripherals props up the immediate alternative.

Almost all windows tablets have a couple of USB ports to support hard drives and peripherals. Even Android jumped into the bandwagon and started providing.

The iPad is even worse because it has limited options. The industry standards allow windows and android tabs to deploy cross-brand peripherals whereas it is lesser practiced. Impossible in apple products.

Windows tabs can run proprietary software on its devices, unlike android and apple products.

Microsoft launched its ultimate version Windows 10 which has been offered to the majority of the netizens free of cost. This version of Windows helps all tablets work smoothly.

The most appealing advantage of a Windows platform is that unlike Android, one could run multiple apps at the same given point of time without any lag. An Android tablet shall allow you to open a few apps together, but that will affect the overall performance of the tablet.

Working in sync with Team:

A Windows tablet comes equipped with all that you would need to collaborate smoothly with your co-workers. It comes loaded with the complete version of Office, and this helps you to keep all your work at the same place and easily accessible by others who might need to work on the same worksheet.

An Android tablet also has the feature of getting the various Office apps, but its sharing and collaborating abilities are much less than that of a Windows tablet.

Working on a tablet becomes much smoother when the screen space is more extensive. The Windows-based Surface tablet became a revolutionary one in this field as it works equal to a laptop.

With more screen space and a smooth flowing pen as an aide. This tablet gives its user the advantage of doing all the work in a more seamless and faster manner.

Pen support is provided by Windows as an option in the majority of its tablets, unlike Android. The pen support is embedded into the core of the Operating System, and this enables its smooth functioning and free-flowing support.

Some tablet versions being provided by Lenovo having Windows OS will allow you to use any pen or pencil to work on it.

These features make a Windows tablet much more user-friendly in comparison to an Android tablet which has only a few select options for using pen support and those also do not provide effortless assistance and are much lower in performance.

Why not a Windows tablet?

Now that we have clogged our brains with all the pros of Windows, lets also look into the aspect of why not a Windows tablet:

While there are a lot of good reasons to choose a Windows 10 tablet, there are many reasons why you shouldn’t. Let’s check out the cons of using a Windows tablet, so you know what you will be giving up when you make the switch. 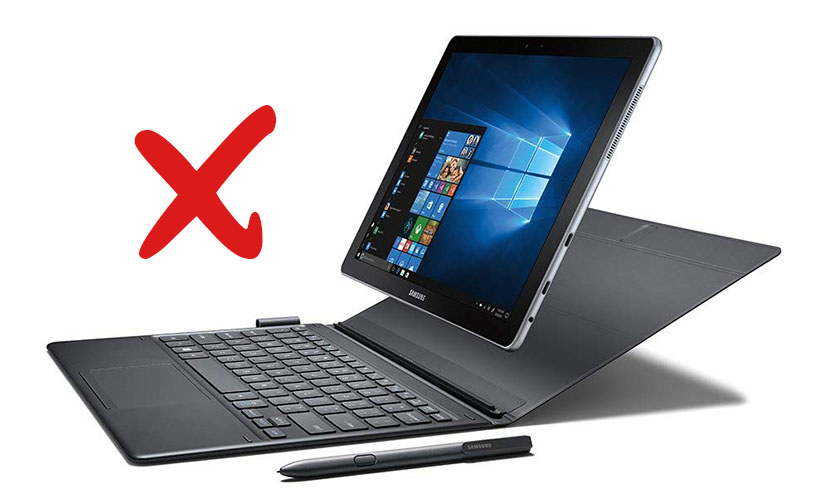 The ones which are easily affordable are not at par with the other costly versions of Windows tablets. So the amount that you are ready to shell out decides the quality and features of the Windows tablet you want to own.

In comparison to an Android tablet, any time a Windows tablet is more expensive for the same kind of features and overall package.

Just like your laptop or workstation, a Windows tablet would require you to acquire antivirus protection to secure all your data and work. A Windows tablet is a mini version of a laptop and gives all features of a full-fledged computer.

Hence, proper security enabled network needs to be provided to protect all workers from viruses of malware.

In comparison to Android, Windows looks pale and loses out on the variety of apps that are being provided. There might be some viral games being given but you will not be able to use any Windows mobile app on a tablet as it is not compatible.

The Windows Store has a lot to develop compared to the Android App store as far as variety and user-friendliness goes.

The Windows interface seems to suffer some lag when it switches to tablet mode. An Android tablet is much more sleek and agile as far as the touch experience goes. Every new version of Windows is improving on this aspect, but it still keeps losing out to its robust rival.

It contrasts with android tablets which have tons and tons of accessories available in the market for customization. Even third-party support is limited from tablet to tablet.

Windows tablets have a broad range of desktop applications while Android tabs are laden with apps in the Google Play store. Whether you stick to Android or switch to Windows or vice-versa, the choice is yours.

The discussion never ends. Having distinct individual features, Android and Windows tablets fight it out to control the market. Windows takes credit for giving you a more polished and customized experience as far as technology goes, but Android gives you a wider range of options as now as apps and the user-friendliness quotient is concerned.

8 thoughts on “Android vs Windows Tablet: Which one should you buy?”