Better performance, easy user interface, great productivity features and much more; this best Android tablets will fulfill all your requirements. 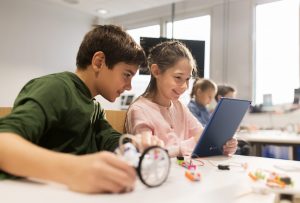 Chrome OS tablets are now settling in as the latest trend and are surely becoming talk of the town. With being less expensive as compared to other tablets, it offers all the imperative features that you’ll need in your daily work-life. Sounds quiet apt, isn’t it? Unlike other tablets, Chrome OS Tablets are designed in … Read more