On June 2, Huawei announced the launch of MatePad Pro 12.6 and MatePad Pro 10.8 along with its own HarmonyOS 2.0 operating system.

The MatePad Pro 12.6 and 10.8 is slated to be the first Huawei tablet along with the MatePad 11, to come with the tech giant’s own operating system, Harmony OS. The tablets are expected to compete with other flagship tablets like Samsung’s Galaxy S-series and Apple’s iPad. 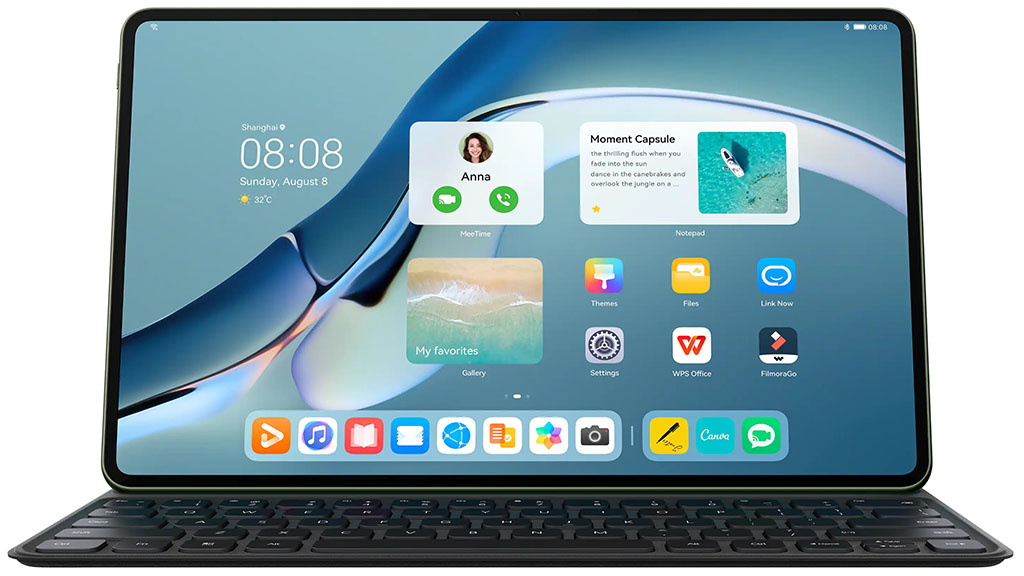 Huawei further claims that with a Delta E lesser than 0.5, the panel’s “color accuracy rivaling that of some professional monitors.”

The MatePad Pro 12.6 is powered by Huawei’s in-house Kirin SoC, the 9000E. The processor in the 5nm SoC comes with one Cortex A77 Core clocked at 3.13 GHz, along with three Cortex A77 cores running at 2.54 GHz, and with four Cortex A55 efficiency cores clocked at 2.05 GHz. The SoC also packs a Mali G78 22-core GPU along with a 1 BigCore NPU+ 1 TinyCore NPU (Neural Processing Unit).

The device comes packed with 8GB of RAM and with either 128GB or 256GB of Storage.

The tablet boasts a 10000 mAh battery. The device also supports 40W fast-charging, 25W Wireless-charging, as well as 10W of reverse wireless charging. The tablet is expected to come with the 40W charger in-box.

Meanwhile, the front camera is an 8MP 1080p shooter.

The HarmonyOS 2.0 comes with an iPad OS-inspired “bottom dock” as well as real-time live widget functionality. Furthermore, the device can be connected with a PC to mirror its screen, then it can be used just like a Wacom digital tablet (using Huawei’s PC Manager for Windows OS).

The device will also support Huawei’s M-Pencil Stylus as well as the trackpad-less magnetic keyboard. Both of which will need to be purchased externally.

The M-Pencil will have the option to be attached magnetically to the tablet’s frame which will also be able to wirelessly charge the stylus. The stylus comes with 4096 levels of pressure sensitivity, a 9ms latency, and 10-hours of battery life. 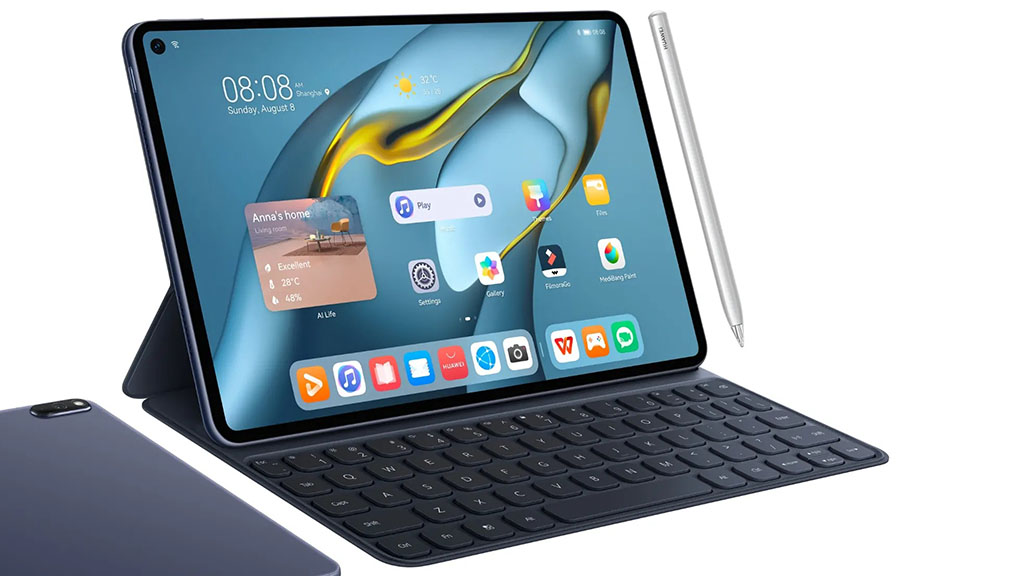 The device is powered by the Snapdragon 870 SoC with 1 Cortex-A77 based core clocked at 3.2 GHz, along with three Cortex A77 cores running at 2.4 GHz, and with four Cortex A55 efficiency cores clocked at 1.8 GHz. The SoC also packs an Adreno 650 GPU clocked at 670 MHz.

The tablet comes with the same storage and RAM options as the MatePad Pro 12.6.

The MatePad Pro 10.8 comes with a battery rated at 7150 mAh battery along with the same charging specifications as its bigger sibling.