Vastking made its first incorporation of the keyboard, and it is expected to be more portable and enhance daily productivity for its users. The KingPad K10 is a user-oriented tablet with an excellently designed interface. By adding the keyboard, Vastking made it a two-in-one or hybrid tablet, and it is now in that competitive bubble with other high-level players like Lenovo and ASUS. 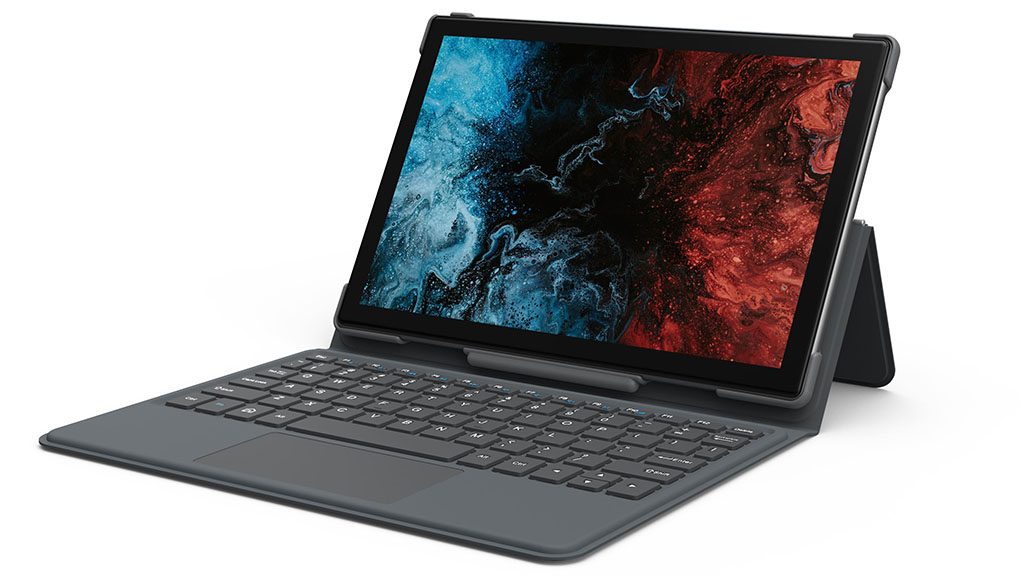 The KingPad K10 balances performance and battery life, giving users an extra edge for multitasking operations. The reason behind such a good balance in execution is that this tablet doesn’t run unnecessary applications in the background. The lack of bloatware puts this tablet ahead in the current marketplace.

Check it on Amazon

In terms of speed, the KingPad K10 embedded an octa-core processor of 1.6GHz and the CPU has observed an upgrade to the latest Dual-core A75 1.8GHz + Six-core A55 1.6GHz. This combination of processor and powerful CPU complement each other to deliver high-level gaming and video streaming performance.

The KingPad K10 has the best and clean specs that are showing signs of greatly improved speeds compared to the previous SA8 and SA10 models.

With a great processing system, Vastking has also added a decent 3GB of RAM storage to run multiple applications at once. Users of KingPad can engage in a little game-play as well, and it is likely to run at a frame rate of 60 Hz. To satisfy your storage requirements, the K10 comes with an internal 32GB, but it is always expandable to 512GB, which is an improvement from 128GB in the SA10 model.

The KingPad K10 is a highly portable tablet with keyboard support, and this is mainly possible because of the tablet case that is being provided to its buyers. The 10.1” tablet comes with a weight of 550g, which is higher than many regular tablets, so one has to make sure to limit their attachments. The screen has a high HD resolution that works great even in the outdoors.

The IPS display of the K10 has remarkably good viewing angles, and their brightness capacity can adapt to different outdoor environments. However, it is a known fact that IPS displays cause harm to our eyes because of blue light emission. To tackle this problem, Vastking incorporated a special blue light prevention screen to reduce the concentration of blue light while browsing and playing games.

The display is flawless at this price point, but surprisingly, it also provides a good quality camera system with a 13MP rear and 5MP front flash cameras. Users can use these cameras for video calls and also capture beautiful moments at a high-quality resolution.

If you think cameras are good, then wait till you hear the sound clarity from the Dual speakers. The KingPad K10 is packed with every cinematic element to provide an immersive experience.

To track and monitor location, the tablet also provides an offline map feature that uses a very less battery percentage. Few other extra features include parental controls and facial recognition to unlock the tablet. Both of them add immense value to the tablet, and one can adjust the settings according to their usage and situation.

In terms of battery life, Vastking inserted a 6000mAh battery into the KingPad K10 that can last for up to 12 hours with a single charge. The two-in-one tablet also features a Bluetooth 4.2 system, and it is compatible with Wi-Fi 5. It runs on Android 10 operating system.