Apple, on September 10, 2019, launched a new 7th Generation iPad along with other devices at an Apple Event that was organized at Steve Jobs Theater Cupertino, California. Apple has made just few changes in this new 7th Gen. iPad 2019. The previous 6th Gen. iPad which was launched in 2018 boasts a 9.7” display while this newly launched 7th Gen. iPad comes with a 10.2” Retina display. 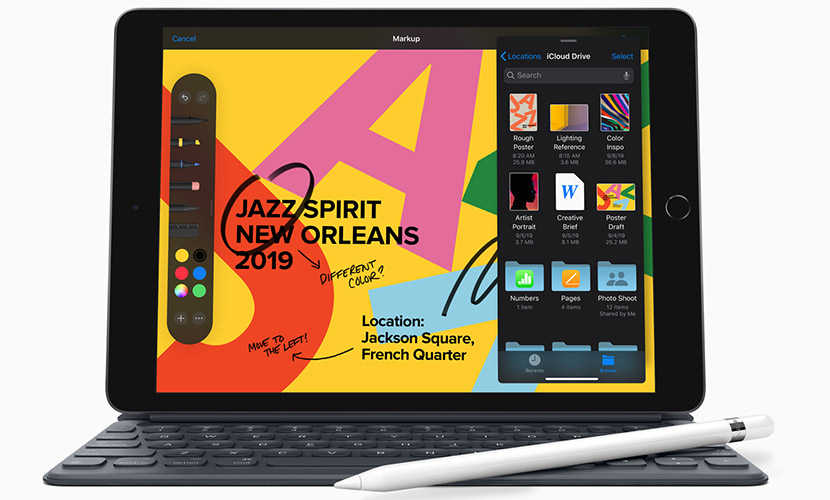 Apple hasn’t made much changes in the new generation iPad except size, display and other minor changes like Smart Keyboard compatibility. It comes with the new iPadOS operating system which was previewed by Apple in June.

The price of Wi-Fi model starts at $329 and Wi-Fi + Cellular at $459. And both the models are available to buy online at Apple and other online retailers. Will be available in stores from September 30.

A free update of iPadOS

Along with this new devices, Apple has also announced that a separate operating system for iPads i.e. iPadOS will be available as a free software update on 30th September, 2019. Below are the iPads that will receive a free update.

A new seventh generation iPad 2019 will compete Samsung’s Galaxy tablets and is worth buying as it offers great features for it’s price.