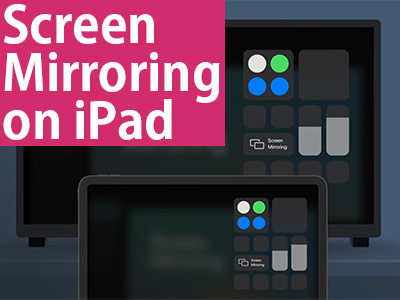 Apple is known to the world as a pioneer tech company that invented and marketed technology gadgets starting from the personal computer to the compact music player and modern day smartphones and tablets. One of the characteristic of Apple devices is its closed approach to communication.

Communication between Apple devices is very smooth and the company has used many innovative ideas for communicating with Apple devices. If you have an iPhone, an iPad, a MacBook and an Apple TV, you will be surprised with the ease that they talk to each other and how easily you can start a task on your one device and get it completed on your other device. But for other devices the doors are literally closed. You cannot send files to your Android device from an Apple device without using third party apps.

Airplay is Apple’s proprietary screen mirroring application that is specific to the Apple ecosystem. So, you can use Airplay to communicate between iOS, mac and other supported devices. Let’s say you have friends over and you want to show them your latest vacation photos. You just have to turn on Airplay and transfer your screen to the Apple TV or other supported TV for a large screen view.

In operation and working principle, Airplay is similar to the conventional Bluetooth system. But, it uses Wi-Fi network instead of Bluetooth for transmission. The most striking advantage of using WiFi over Bluetooth to transmit data is that WiFi gives us a higher operation range. Airplay is also reportedly much faster and secure than conventional wireless data transfer methods.

One of the downsides of AirPlay is that Apple keeps the technology within walled gardens and an Android or other platform devices cannot use AirPlay to communicate with an Apple device. The company claims that they do this to ensure maximum cyber protection. Airplay does not only facilitate screen sharing. You can easily share large photos, videos, documents from one Apple device to another at a faster speed.

How to AirPlay on iPad

Let’s walk through a step-by-step guide on how to use airplay to transfer your iPad screen to Apple TV.

To switch ON AirPlay, drag the control center from the bottom of the screen and look for the screen mirror icon. Before you switch on the screen mirror make sure that the WiFi and Bluetooth are triggered ON. Once you follow these steps and turn ON the screen sharing button you will get a list of compatible devices within your range that you can mirror your screen. Both your iPad and Apple TV should be running on the same network.

If you do not find your Apple TV or other compatible or supported monitor, then make sure that the device is switched ON, discoverable and on the same network. If your device shows on the list, just click on it and your screen will be successfully shared on the larger display.

For Data Transmission: If you want to transmit data from your iPad to other other Apple devices like the Mac or iPhone, then navigate to the file you want to transmit. Select share icon from the bottom left corner. Now on the screen you will get the sharing options available on the iPad. Click on AirDrop and select the device. Once the file is successfully transmitted, you will get a notification that the file is transmitted. You can then view the file in the receiver device.

One of the reasons people love to use products from Apple is because of the seamless way that the devices talk to each other. AirPlay is an incredibly powerful and convenient tool for user who are using an iPad and need to view the contents in a larger screen. AirPlay is easily the most underrated and unused feature on iOS. But once you start using the feature you will love the ease with which you can transfer your screen. It can be also be used to make live demos and presentations.