The modern technology had brought forward a revolution and introduced a new era in computing and communication. The Smartphones with access to the internet is considered to be the major components of the modernization. The introduction of the tablet had made it smarter and an access device which serves the functionality of both computer and smartphones. The Sleekness and lightweight of the item with the bigger screen size had made it popular and portable to carry on the go. 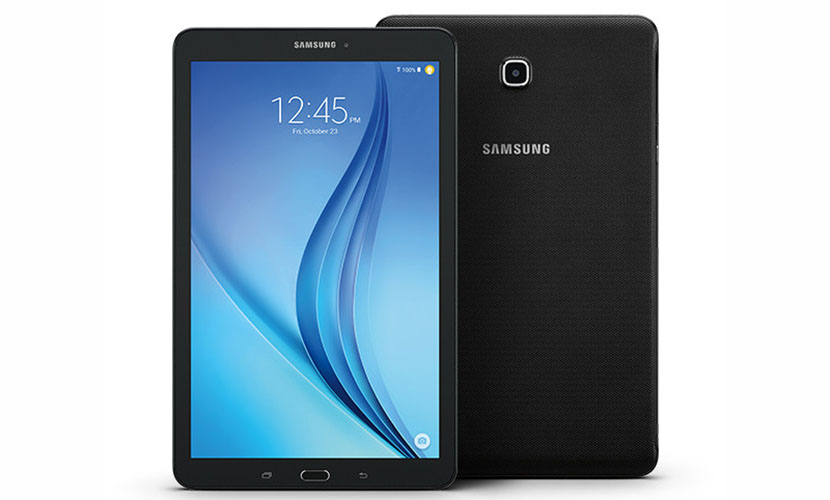 Samsung had always played an effective role in the innovation of technology and brought forward various electronic gadgets that had turned the world smarter. The Samsung Galaxy Tab E is one of such innovation that comes up with a larger display and the best piece that would make you feel good while you watch any movies or play any games or might be reading your emails and get connected to the world through the web. If you are using a Samsung Smartphone, then it would be one of the best options to choose as both the gadgets had got the same features to control. The tablet comes up with 2 variants wherein one Supports Wi-Fi while the other one supports Wi-Fi and 3G both We would be discussing the Wi-Fi variant which comes up with a price tag of $169.99.

The merits that would attract you

A brief story that introduced the tablet

The Samsung Galaxy Tab E Wi-Fi Tablet is considered to be cheaper in comparison to the other Tablets incorporated with the latest technology; however, the features had seemed to be outdated and are considered as one of the products that were introduced during the ancient time. The product was launched on the 01st of July 2015. I still remember those days wherein the demand for Tablet increased suddenly with the release of this item. 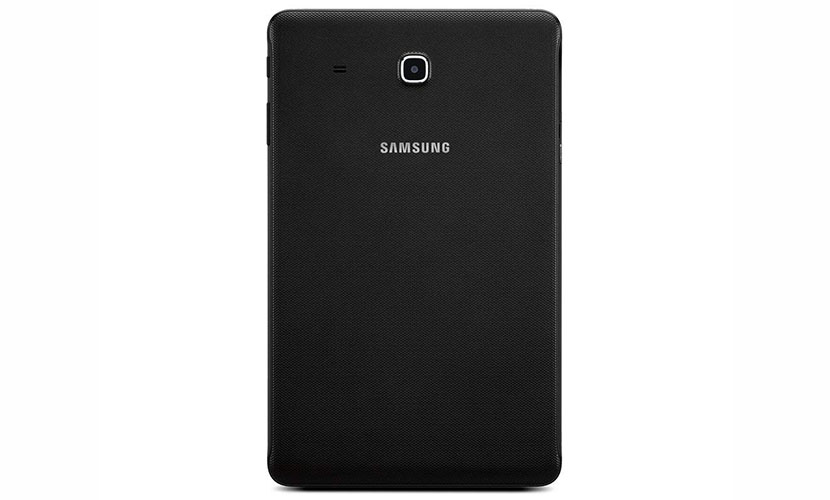 While it was released, the operating system used was the Android 4.4.4 Kit Kat and comes with Android 5.1 Lollipop at present. However, as the time is moving the technology is also getting improved. The operating system can be upgraded to 7.1.1 Nougat for the Tablets that are manufactured in US and Canada, however in the other countries it is not possible to upgrade, hence the operating system remains to be the same i.e. Kit Kat, due to which in later period of time, several applications are prohibited to get installed due to the system adaptability. It was the first Tablet that Samsung Electronics had presented the world with the Tablet Phobia and later it came up with various series incorporated with advanced technology that had fulfilled the requirements of the Galaxy lovers.

The Tablet is considered to bear a bigger screen and it best suits to watch any movie or you would fall in love while you play games. The 9.6 inches Tablet that would serve every aspect of your computing and is considered to be portable with its light build. Instead of surfing the net on your laptop which is a bit heavier one to carry you can rely on the Tablets. The TFT LCD screen is integrated with resolution 1280 X 800 Pixels that includes 157 PPI density of Pixels with 16:9 display would let you enjoy an average grainy display with irregular and barbed icons. The quality of the display cannot be rated as that good while we can avail better tablets at that cost. According to various technical reviews, it was measured with the colorimeter wherein it was proved that it can display only 60.8% of the RGB color spectrum.

The Samsung Galaxy Tab E is the concept which was built in the year 2015, hence the technology that was built is a bit older in comparison to the consistent development since years. 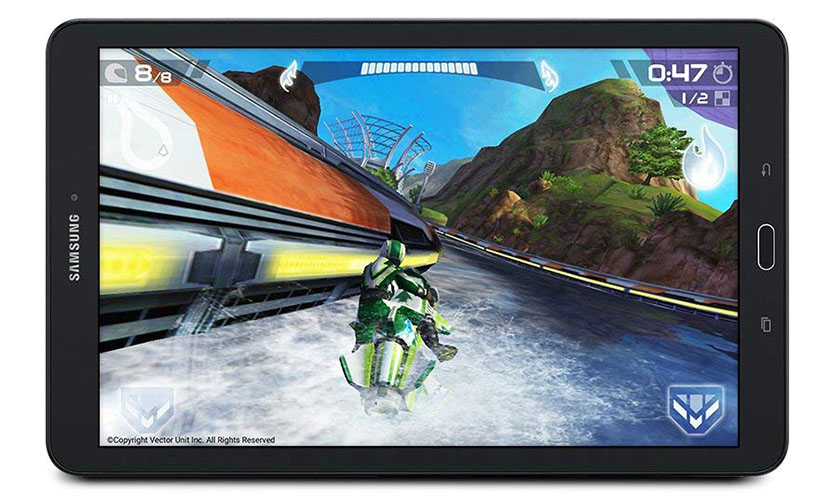 The product contains Qualcomm APQ 8016 quad-core 1.2 GHz processor which is integrated with SC8830 spreadtrum. 1.5 GB RAM proves it had turned to be older with its slow performance and clock speed in comparison to the modern processors which might lead to standby modes at times while you operate the device.

The Samsung Galaxy Tab E contains 7300 mAh battery which supports almost 12 hours in the standby mode. However, if you are using the tab then it might get decreased that the expected. 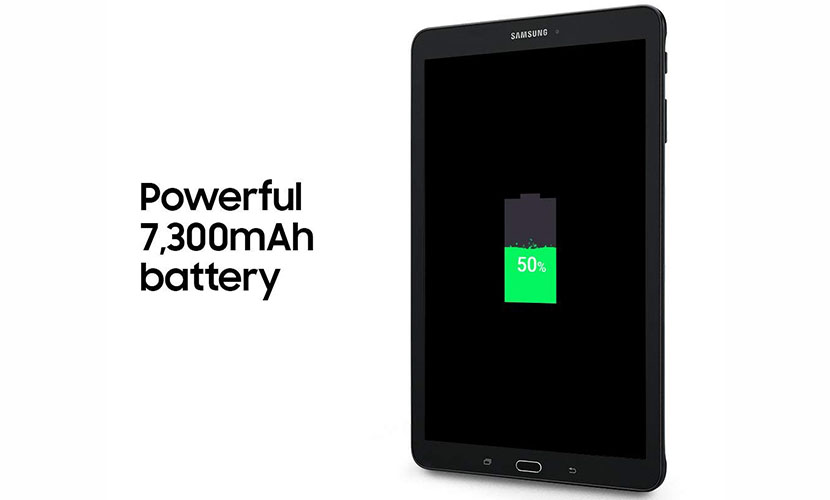 This was tested with an exercise of continuous video – playback wherein it was observed. The battery lasted for almost 8 hours and 52 minutes.

The camera quality can be treated as average which is expected from such an affordable Tablet. The gadget had got two cameras, wherein one at the front bears 2 megapixels which would help you to take selfies or might at times support the Skype or Viber calls. The one at the back contains a 5-megapixel camera, however, the quality of the images that was shot was not up to the mark 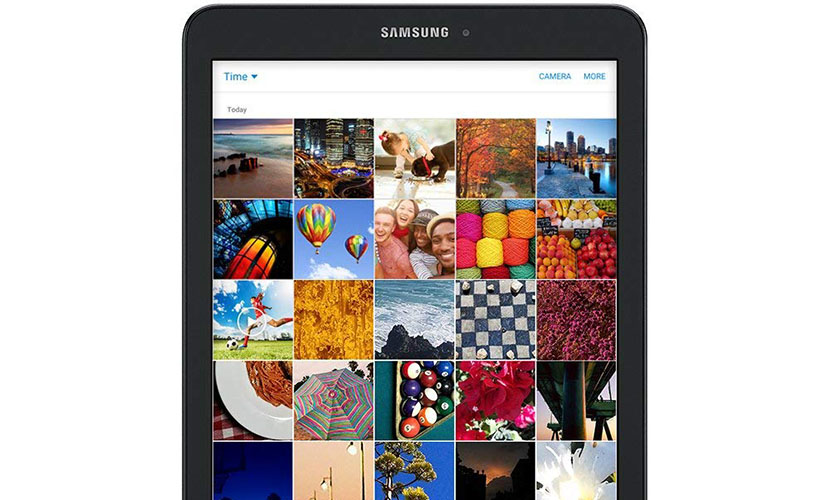 The images captured come up with blurred picture and fail to execute by determining the indoor and outdoor shots. The output of the pictures come as blurred.

Technology is looking out for innovations, every time at every moment the technology is getting advanced leaving the current one behind as extinct. Even the price of the gadgets get decreases with the sense of time. 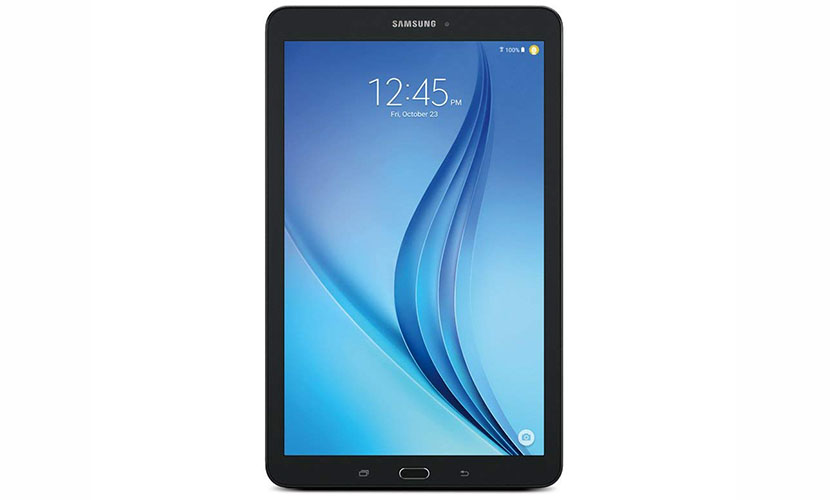 However, according to the famous Darwin’s theory, The Survival for the fittest which means if you want to survive in this revolution then you also need to participate in this innovation and adopt the new technology.