There is never a time when the tablet market struggles or witnesses a downfall because the demand just wouldn’t stop. The demand and usage of a tablet is a never-ending process, and why wouldn’t it be when it has proved to be one of the most productive and user-friendly tech device in the market? One such tablet recently launched in the market and might carry a considerable demand in the coming time. Huawei Honor Waterplay HDN-W09 targets the middle-class and upper-middle-class working segment who expects a device which meets all the corners of performance, design, and convenience. So without any further delay, let’s look into the details of it. 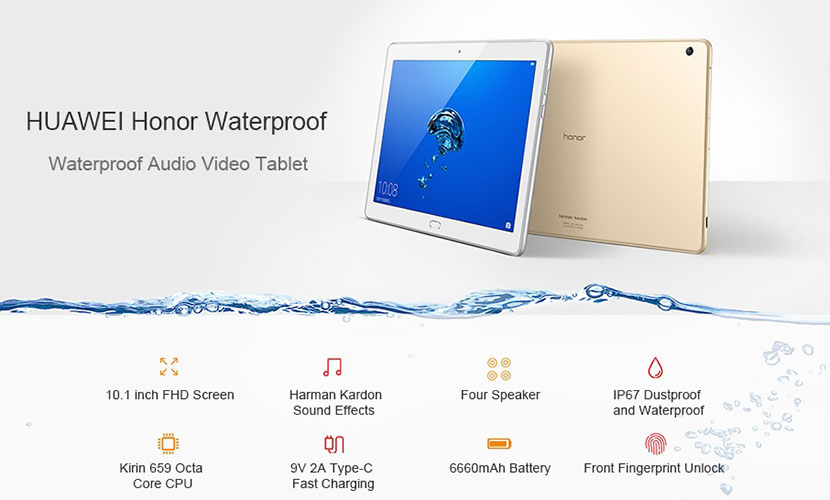 If the name of any electronic device contains Huawei, then there is no denying to the fact that it has to be a blend of all the requirements which would make it one of the most excellent hardware available in the market.

Huawei Honor Waterplay HDN-W09 breaks the concern of storage with its 32GB/64GB internal storage which can also be expandable up to 256 GB with external compatible cards. Coming to the RAM, this tablet PC is powered by 3GB/4GB of RAM which is nearly enough for you to multitask smoothly. 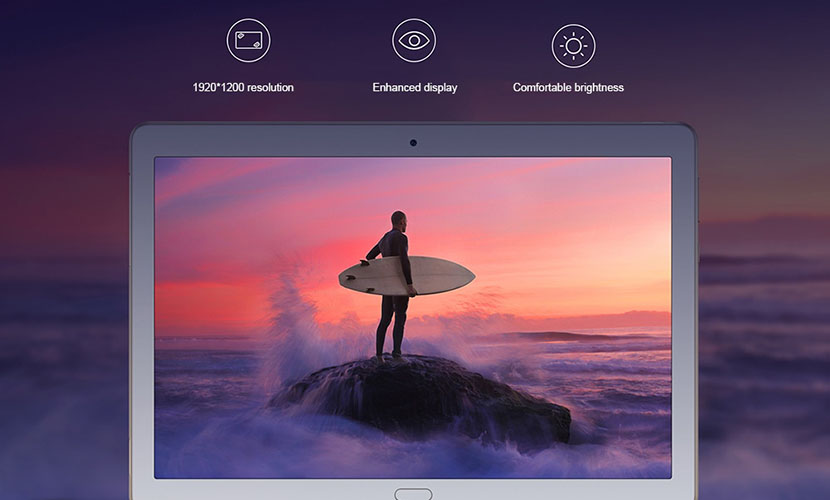 It comes with the dimensions ranging from 9.76 x 6.81 x 0.31 inches. It is powered by a 10.1-inch display which pushes its limits by showcasing excellent colors that looks and feels natural with a 1920 x 1200 (WUXGA) screen resolution which is powered by natural finger touch technology. It makes the viewing experience even more natural and lively.

It is powered by a HiSilicon Kirin 659 Octa-core chipset which boosts the powers and speed of that tasks on the device. Considering the operating system, it runs on Android 7.0 and is equipped with ARM Mali T830 MP2 900 MHz GPU that ensures better and faster performance, especially while playing games and rendering videos and images. Looking at this combination of features, you should be able to complete your tasks without any lag or a glitch.

Huawei devices are known for its more extended battery durability, and the same tradition has been followed in Huawei Honor Waterplay HDN-W09 with its massive and durable 6660 mAh battery and a 9V 2A fast charging technology that allows you to work endlessly for hours. Further, it is powered by a built-in 4 speaker that enables you to enjoy your music and videos without any issue. 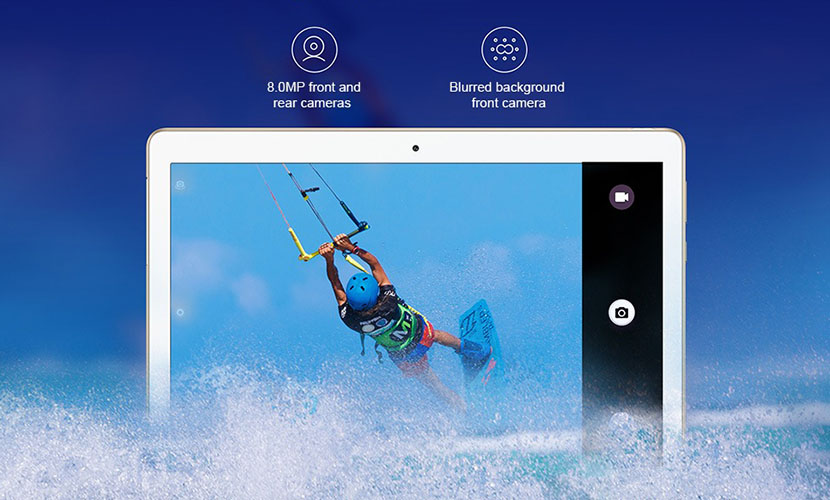 Talking of the camera, it has a Dual camera technology, where its rear camera of 8mp with a flashlight and auto-focus technology helps you to capture moments of friends and family; and its front camera of 8mp helps you video chat with them. Coming to the connectivity, it has a USB-C Port and a 35mm headphone jack. And, as the name itself suggests, Huawei Honor “Waterplay” HDN-W09 is waterproof!

Looking at the specification and the overall performance, I must say that Huawei Honor Waterplay HDN-W09 is a decent pick if you are looking for a device which is rough and sturdy as well as user-friendly. This tablet is available at Gearbest official site for $289.99 only!